Home Articles What is the Science behind Acupressure? 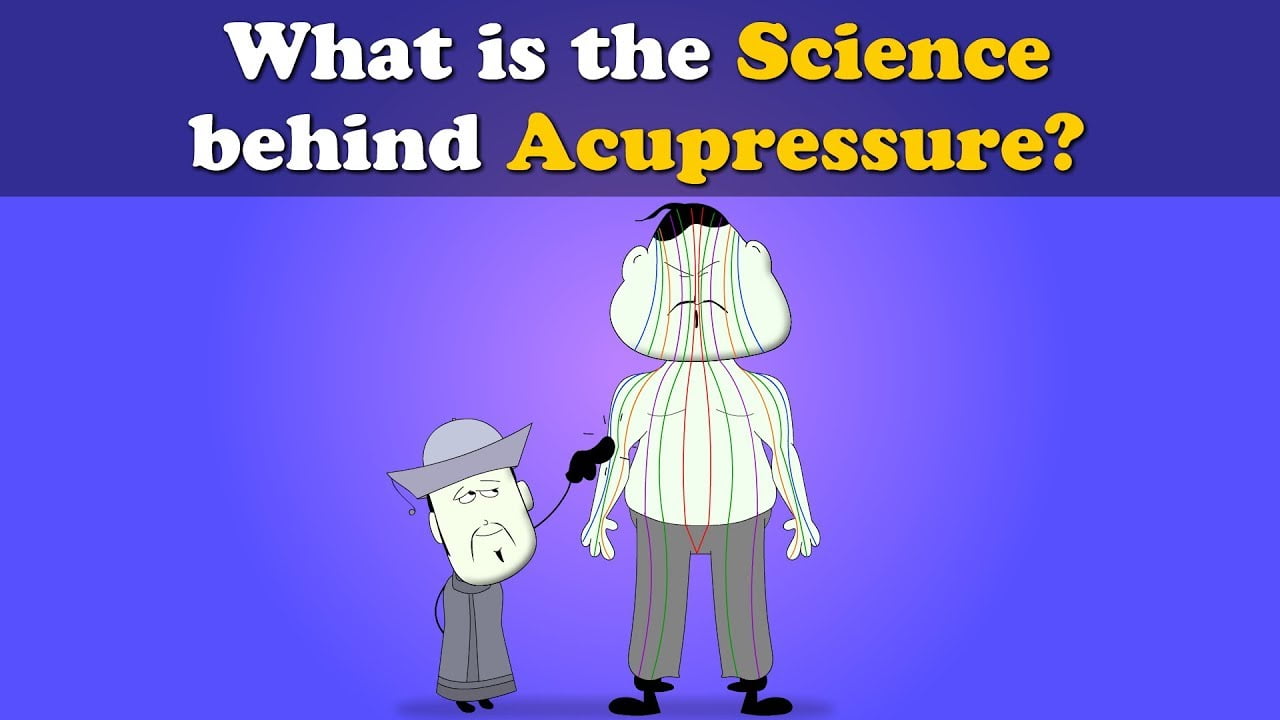 What is the science behind acupressure? It’s not science dude. It’s geography. No. Acupressure emerged from Traditional Chinese Medicine theory. The theory states there are about 12 major meridians or channels in our body. Vital energy or life force called qi flows through these channels. And a block in the flow leads to discomfort, pain or diseases. Hence, to release the blockages. Practitioners apply pressure on specific acupoints. Present along the channels to promote healing. Although it is not proved yet, experts say that acupressure does reduce pain. How? When we eat painkillers, they stimulate specific pathways in the brain. Helping reduce the pain. According to experts, the force on acupoints does the same. In addition to this, a study on rats showed that. Acupressure actually reduced the activity in their brain’s stress pathways. So, in humans, it might work in a similar manner. However, many other experts think that it is just a placebo effect. Topic: Anaerobic respiration. What is the cause of muscle cramps? Excess sleep. No. Respiration is a process in which the cells of our body produce energy. Normally, our cells respire aerobically. In this process, the glucose with the help of oxygen. Is completely broken down to produce energy, water and carbon dioxide. Is this energy then used for all our activities? Indeed. However, during heavy exercise. Our body cannot deliver enough oxygen to the cells of our muscles. Hence, in such situations anaerobic respiration helps us to produce. Some energy temporarily and thus continue our work. In anaerobic respiration. The glucose is partially broken down in the absence of oxygen. To produce comparatively less amount of energy. And a waste product called lactic acid. Now, one of the most prominent reasons for the muscle cramps. Is the accumulation of this lactic acid. What is an allergy? It is a magic spell. No. Allergy is an overreaction of our immune system to usually harmless substances. Like peanuts, milk, pollen, etc. These substances are called allergens. Our immune system has white blood cells or lymphocytes. Which protect us from foreign invaders such as bacteria, viruses, parasites, etc. These invaders are called antigens. When a lymphocyte detects an antigen, it produces antibodies. Antibodies destroy antigens and thus, protect us. Now, if an allergen such as pollen is inhaled by an allergic person. The lymphocytes of the allergic person for unknown reasons think that the allergen is an antigen. Hence, lymphocytes overreact and produce antibodies which start attacking the allergen. Besides this, as a protective response. Some immune cells also trigger production of excess mucus. Resulting in running nose. They even give rise to itching throat and watery eyes. Thus causing an allergy. What is arthritis? It is a chemical formed by mixing Hydrochloric acid and Sulfuric acid. Dude. From where do you get such ideas? To explain arthritis, we need to first understand what a joint is. A joint is a place where two bones meet. When there is inflammation, swelling or pain in one or more joints. Then it is termed as arthritis. The cause of arthritis depends upon the type of arthritis. Rheumatoid arthritis is an autoimmune disorder. In this disorder. Our immune cells mistakenly start attacking the tissue surrounding a joint. And thus, damage it. This leads to inflammation, swelling and pain in the joint. Osteoarthritis occurs when the cartilage that cushions the ends of bones in a joint. Gradually breaks down and wears away. As a result. The bones begin to rub against each other, causing swelling and pain in that joint.