Home Articles Why doesn’t Earth have Rings like Saturn? 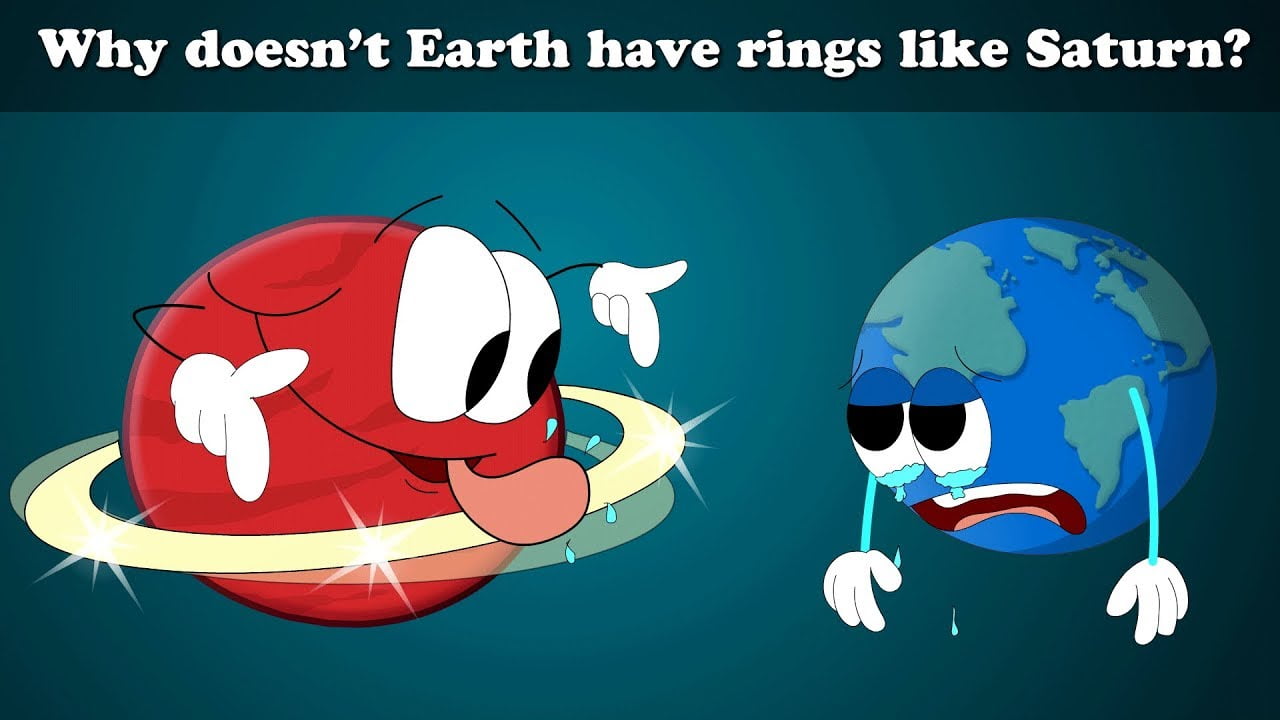 Why doesn’t Earth have rings like Saturn? Because earth is not engaged. No. First, let’s see what are the rings of Saturn made of? They can be remnants of a moon, comet, etc. That got ripped apart due to Saturn’s gravitational pull. Or result of a large collision between two moons. Some even claim that rings are made up of debris. Left over during the formation of our solar system. So, how did this debris form Saturn’s rings? It’s got to do with Roche limit. It is the distance at which objects tend to be ripped apart. By the planet’s gravitational pull. Now, in case of Saturn, it is popularly believed that. A celestial body like moon or comet got too close to it. And exceeded the Roche limit. Hence, it got ripped apart into pieces, thus forming its rings. Now, earth also has a moon. But since it is beyond the Roche limit. It doesn’t get ripped apart into pieces to form rings. Diamonds. Diamonds. Oh. Where did they go? But scientists believe that it can actually rain diamonds on Jupiter and Saturn. These planets have methane rich atmospheres. During storms, lightning turns methane in clouds into soot. As soot begins to fall, it is subjected to intense temperatures and pressures. These conditions squeeze the soot into chunks of graphite. As the pressure increases, graphite is compressed, making it literally rain diamonds. Why does Saturn have rings? Because it has got engaged. No. Scientists don’t exactly know why Saturn has rings. But they think that it is related to Roche limit. What is Roche limit? Roche limit is the distance from the planet at which. Objects in orbit around the planet. Tend to be ripped apart by the planet’s gravitational pull. Now based on the Roche limit. One of the prevailing theories is that Saturn’s rings are. Remnants of celestial bodies like a moon or a comet. Billions of years ago. A celestial body may have got too close to Saturn. Exceeding the Roche limit. Hence, its side facing the Saturn was pulled more strongly. As compared to the side facing away. So, this inconsistent gravitational pull. May have ripped part the celestial body into pieces. Finally, these pieces might have started revolving around Saturn. Forming its beautiful rings. Why is Pluto not a planet anymore? Because I am not silly anymore. Ya ya. Now listen. Pluto was discovered by Clyde Tombaugh in 1930. It is not considered a planet anymore because in 2006. Astronomers of IAU gave a new definition to the word planet. According to the new definition, a planet is a celestial body. Which is in orbit around the sun. Is spherical in shape. And it has cleared the neighborhood around its orbit. What does this mean? It basically means that using its gravity. A planet should have removed asteroids and dwarf planets, out of its path. Thus cleared its neighborhood. Now, Pluto is in orbit around the sun and is spherical in shape. But since Pluto’s neighborhood has many other objects. And it has not cleared its neighborhood. It is not called a planet anymore.