Home Articles Why is it difficult to lose Belly Fat? 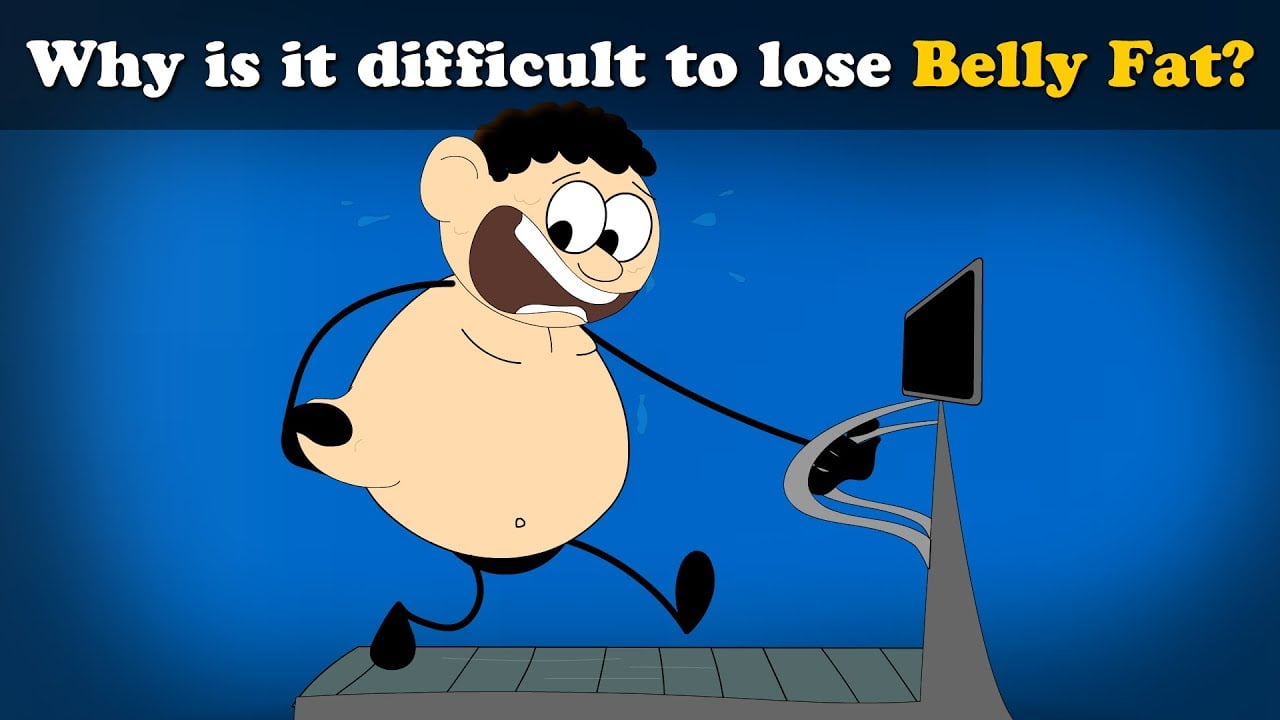 Why is it difficult to lose belly fat? Because it has been glued using a strong adhesive. No. When we exercise. Our body produces 2 hormones called adrenaline and noradrenaline. These hormones attach to specific receptors present on fat cells. And help breakdown the fat. Now, our fat cells have 2 types of receptors, alpha and beta. Beta receptors are believed to stimulate the hormones further. And accelerate the process of fat breakdown. However, alpha receptors don’t respond that well. Causing the fat to breakdown slowly. Hence, the ratio of the two receptors determines. The rate at which the fat will breakdown. Now, as the fat cells of our face, chest, arms, etc. Have more beta receptors than alpha. The fat breakdown is faster and easier. However, as the fat cells of our belly, hips, thighs, etc. Have more alpha receptors than beta, The fat breakdown is comparatively slower and harder. Why does our stomach growl? Because there are bears in our stomach. No. Growling sound is produced mostly due to. Movement of gas in the digestive tract, especially in the intestines. Now gas can either enter or be produced in the intestines. But how? When we eat food very quickly. Sometimes we swallow gas such as air along with food. Besides this, bacteria in our intestines also produce gases. Now during digestion. The muscles of our intestines contract in order to push food ahead. However, gases also get pushed along with food. Now, as our intestines are hollow tubes. Such movement of gases produces growling sounds. Besides this, hunger increases growling. This is because when we are hungry. Our digestive system starts preparing for the next meal. Hence, it clears the remains of last meal. Causing more muscle contraction, thus producing more growling sounds. How do we know that our stomach is full? Usually, our stomach and brain are constantly communicating with each other. With the help of hormones and nerves. So, when our stomach is empty and the glucose level in our blood is low. The stomach produces a hormone called ghrelin. Ghrelin generally travels to the brain through blood. And informs the brain that we need to eat and thus, we feel hungry. Now, when we eat food to satisfy our hunger, the food enters our stomach. Causing its walls to stretch and expand. When this happens, the nerves on the stomach walls detect the expansion. And tell the brain that our stomach is full and our hunger is satisfied. However, our stomach also expands when we drink a lot of water. But in this case, our hunger is not satisfied. Do you know why? This is because there is one more method by which our brain can identify. Whether we are eating food or just drinking water. Can you guess what that method is? Alright. I’ll tell you. As mentioned earlier, our stomach and brain. Constantly communicate with each other with the help of hormones. One of these hormones is cholecystokinin. When we begin to eat. Nutrients in food stimulate the release of cholecystokinin. Which eventually enters the bloodstream. It is the presence of this cholecystokinin in the blood. Which informs the brain that we are eating food and not just drinking water. Now, as we eat more food, more cholecystokinin is released. Informing our brain that our stomach is getting full with food. And thus, the brain needs to suppress the desire to eat. Last but not least. Did you know that boiled potatoes are the most hunger satisfying foods? So, next time if you are hungry try them and find out the truth. Why do we feel butterflies in our stomach? Because I have invited them to my party. Naahhh. Butterflies in our stomach are basically caused by our autonomic nervous system or ANS. ANS regulates our involuntary functions like heartbeat, blood flow, digestion, etc. Also, during stressful situations such as when a ferocious animal comes in front of us. A part of ANS called the sympathetic nervous system prepares our body for fight or flight. This means, it redirects blood from other parts of the body to mostly our hands and legs. So that they get sufficient oxygen and nutrients and thus, help us fight or flight. So then why do we feel butterflies in our stomach? It is believed that since blood is redirected from the stomach. Millions of sensory nerves in it detect a sudden decrease in oxygen. Hence, in response to this, the nerve cells create the feeling of butterflies. Also, because of blood redirection, it is thought that the stomach contracts.Thus contributing to the feeling of butterflies.